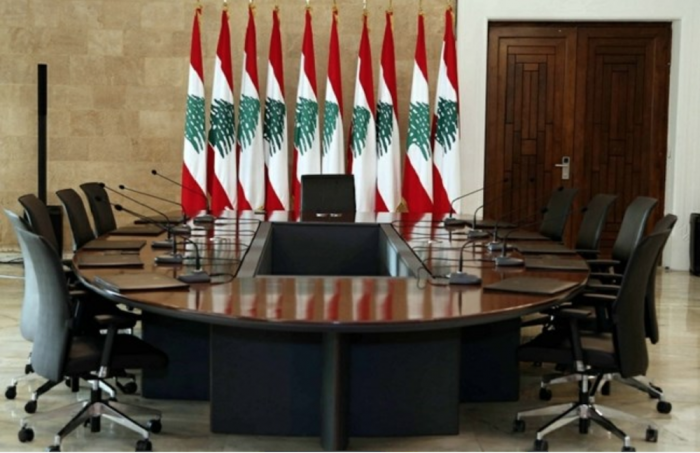 THE STEPS TO FORM A NEW GOVERNMENT

In the coming days, Aoun will issue a decree. The first article will ask Hariri and his ministers to remain in office as a caretaker government.

Aoun said Sunday that he would not do this before Hariri returns to Lebanon from Saudi Arabia.

The second article of the decree will issue a schedule for political parties and blocs to meet with Aoun at Baabda Palace for binding consultations on appointing a new prime minister. While at Baabda, lawmakers will vote for their preferred candidate. This should take place in the next 10 days, give or take.

After all parties have cast their votes, the prime minister-designate will be the candidate who has won a straight majority. There are presently only 125 MPs as there are three vacant seats in Parliament, including Aoun’s Kesrouan constituency.

go for consultations with political parties as well as other institutions, including economic bodies to hear recommendations for ministers.

At this stage, Hariri and 29 other ministers would still oversee the day-to-day running of the country. However, Cabinet will not meet, new decrees will not be signed and the ministers will not take on tasks beyond the routine process of keeping the country ticking. Similarly, during this period, Parliament will not convene for legislative sessions.

Once there’s a consensus on the formation of a new Cabinet, Aoun would then accept the proposal and issue a decree accepting Hariri’s resignation as prime minister and appointing the prime minister-designate and proposed ministers to their new roles.

One of the highest powers the president has is to refuse a proposed Cabinet, although through the process of consultations the final draft is usually the one the president will accept.

There are a large number of unknowns that could derail the appointment of a new government.

Already 48 hours after Hariri’s announcement, Aoun has not issued the decree or started the process of finding a replacement and is awaiting Hariri’s return to Lebanon to take action.

Sources in Baabda said that Hariri told Aoun in a phone call Saturday that he would come back within three days. Hezbollah leader Sayyed Hasan Nasrallah said Sunday night that Hariri would return Thursday. This buys the president and the political parties several days to work out their positions.

Most political parties are yet to state firmly where they stand on Hariri’s resignation. Once the lines start to form, either in opposition or in favor of Hariri’s regional stance, just how serious the situation is will start to become clear.

but the Kataeb Party and the Progressive Socialist Party seem less likely to lend their support.

If the Future Movement’s 32 MPs can get the support of some old allies, the bloc could rally close to 40 lawmakers’ votes. This would give Hariri a commanding position from which to negotiate for his choice of prime minister-designate with Aoun. This is still a big if, given that no parties have yet thrown their lot in with Hariri.

Even if Hariri can rally over 52 votes (much of the old March 14 coalition) for a candidate chosen by the main contingent of the Sunni community, they are short of an absolute majority in Parliament – 63 votes.

If the other side of the house is also unified behind a single candidate they have the potential to force a Sunni candidate as prime minister-designate that is not accepted by the Sunni community. This could lead to the sidelining of major political parties and much of the Sunni voting base from the government.

Former presidential candidate and head of the Marada Movement Salman Frangieh – who is close to Hezbollah – said Saturday evening the new prime minister would need the consensus of the Sunni community. This indicates that he at least wouldn’t condone a candidate being forced into office without widespread Sunni backing.

Until other parties set out their positions it will not be clear how the voting lines will break down or what other serious candidates are in the running for prime minister.

This will likely make it difficult to find a viable Sunni candidate with broad local and regional support to become consensus prime minister who is also willing to go against the messages from the kingdom to form a new government with Hezbollah.

It is also highly unlikely Hezbollah would accept no representation in the government.

Aoun has been left in a difficult position as a president espousing national unity but retaining strong links with Hezbollah and – by all accounts – a good working relationship with Hariri until Saturday.

Aoun could try to lobby for a stripped down, so-called technocratic government of members seen as independent from political parties.

Aoun could seek to find consensus for a small Cabinet of between six and 12 members. However, this would take significant lobbying and effort to corral the political blocs into an agreement.

A version of this article appeared in the print edition of The Daily Star on November 06, 2017, on page 2.