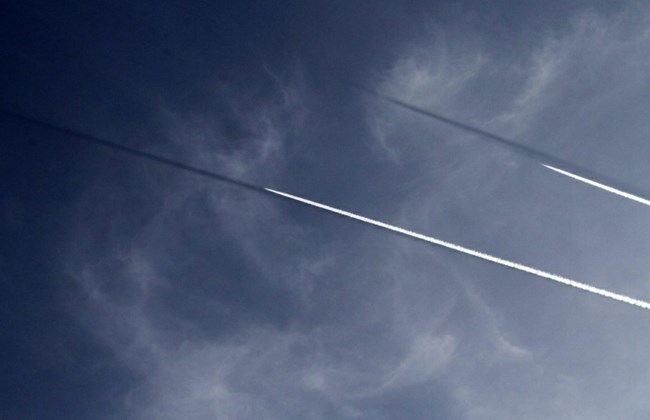 The war games came hours after Israeli warplanes returned fire on a Syrian air-defense unit near Damascus Monday morning while the jet was conducting a “routine reconnaissance mission” over Lebanon, Israeli officials confirmed.

The incident marked a rare development in the Syrian crisis in which Syrian forces have opened fire Israeli warplanes.

The Syrian army said that the warplane violated the country’s airspace near Lebanon’s areal border.

“Our areal defense combated it [Israeli warplanes] and hit one of its aircraft,” Syrian state-run SANA news agency quoted the Syrian military as saying. “At 11:38 a.m., the Israeli enemy launched several rockets from the occupied territories that landed on one of our military positions in rural Damascus, leading to material damage,” the statement added.

Israeli military spokesperson Avichay Adraee warned Syria against an escalation after the latest incident placed Lebanon, once again, in the middle of the dangerous game of brinkmanship between the long-term enemies.

“Our aircrafts struck a Syrian air defense battery at the Ramadan position east of Damascus after [it] launched a surface to air rocket at our planes in Lebanese airspace this morning,” Adraee said in a tweet around mid-day Monday. He added that the Syrian air defense battery launched an SA-5 surface-to-air missile at an Israeli jet while it was conducting a “routine mission in Lebanese airspace,” adding the hashtag #dontplaywithfire.

Lebanese officials regularly raise the issue with international figures of Israel’s daily violations of Lebanon’s airspace as well as incursions by land and sea. A tweet by the Israeli military on Israel Defense Forces’ official Twitter account said that no hits were confirmed. “We blame the Syrian regime for any launch of fire from Syria towards our forces and we will consider it a Syrian provocation. It is a red line that we will not allow for it to be crossed #dontplaywithfire,” he tweeted. Israel has regularly stated that, despite the ongoing civil conflict in the country, the Syrian state was still responsible for any border incidents regardless of the actor carrying it out.

Adraee said that Israel had no intention of escalating the situation, saying that from their point of view it was over. “Although we are ready for any development and we advise [them] not to test our determination #dontplaywithfire,” he added.

The Syrian army warned Israel against “hostile” acts and restated that it would continue fighting terrorists who are “Israel’s arms in the region.” Israeli Prime Minister Benjamin Netanyahu later warned Syria over Monday’s developments. “Our policy is clear. Whoever tries to harm us, we harm them,” the AP news agency quoted Netanyahu as saying. “Today they [Syrian military] tried to hit our planes – that is not acceptable. The air force acted quickly and precisely and destroyed what it needed to destroy.”

He added that Russian forces were notified about the incident in Syria and it would be raised with Russian Defense Minister Sergei Shoigu, who arrived for talks with Israeli officials. Targeting Israeli aircraft is a rare incident since the Syrian crisis erupted in 2011. In March, Syria’s military fired rockets at Israeli warplanes after the jets carried out airstrikes in Syria.

The Syrian army at the time announced Israel had launched the strike from Lebanese airspace. – With agencies.

A version of this article appeared in the print edition of The Daily Star on October 17, 2017, on page 1.