Lebanon has taken in more than a million refugees from Syria and Iraq. One group of women has concocted a way to start cooking the taste of home. AFRAH ZOUHEIR FLEXES HER HAND as she purposefully stirs a pot of lemon juice, the fruity aroma filling the air as it rises to a boil.

“It needs to be hot in order to mix well with the sugars before it cools down and thickens,” she explains. “Then we bottle it and let it settle into a syrup.”

Zouheir has all of the looks of a professional chef. Her shoulder-length dark brown hair is tied back in a hairnet and her hands are coated in plastic gloves. She wears an apron over her sweatshirt, fanning the air, making sure that the lemon syrup drink she is making smells as it is supposed to; she appears undaunted about managing multiple pots simultaneously simmering over an open fire.

However, this is her first time working in a kitchen—at least professionally. In Mosul, Iraq, where she is from, she was a kindergarten teacher. But when the Islamic State invaded her home city in late 2013 and began targeting religious minorities, including Christians like Zouheir’s family, she grabbed her belongings and fled to Lebanon with her husband and four children. After a short stint in Beirut, the capital city, where rent is expensive and prejudice against refugees, among other factors, makes work hard to come by, she and her husband moved to Falougha, a mountain village where the air is fresh and, most important, the rent is cheap. [Continue reading at Sojo.net] 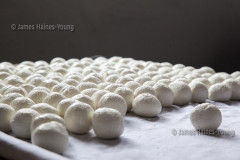 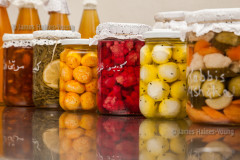 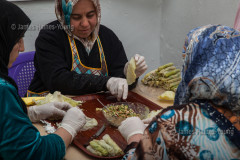 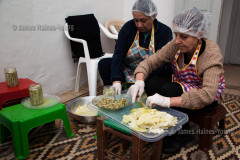 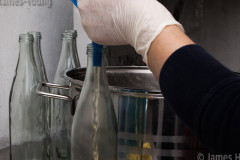